Research to reveal a shocking fact behind some athletes’ success 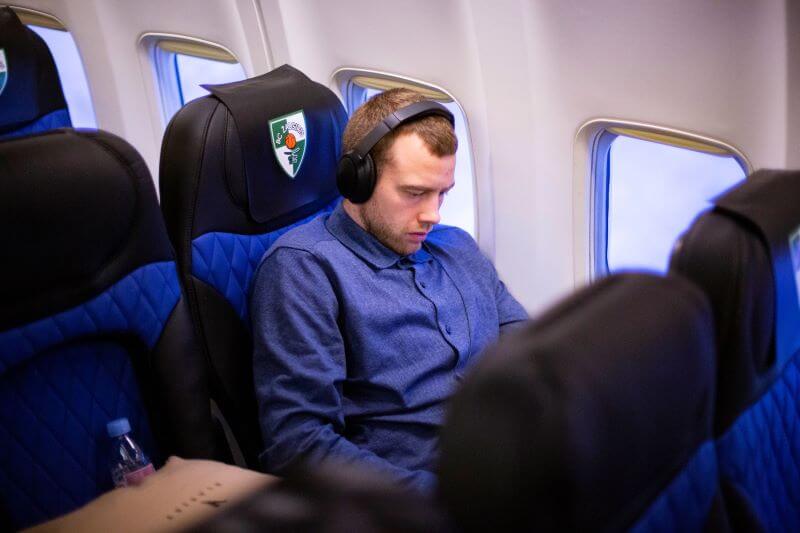 If you have ever wondered why some athletes are more likely to win than the others, you’re in for a surprise. It turns out that even the way they travel can influence their performance drastically. Some sports teams have to fly over 370 000 km in a single season and depending on the comfort during the transit, they might have a 60% more chance of coming back home with gold.

A study following NBA players has shown that poor performance was more likely when the team had to cross three different time zones before a competition. To solve the problem, the NBA made a deal with an airline that allows the majority of their teams to use chartered jets specifically fitted to host the players. The study showed that a comfortable way of travelling helped the athletes to save time, energy and prepare for the game mentally better than when flying with commercial planes.

“Chartered flights are extremely convenient for sports teams because they can take them directly to their destination without any additional headache from transfers or waiting in lines at the check-ins. The athletes don’t have to worry about flight delays – private jet timetables meet the customer’s request precisely. Overtime is usual in sports and regular airlines do not have the flexibility to delay flights when that happens”, claims the CEO of KlasJet, Rita Domkute.

Flying with private jets can also help the athletes to better prepare for the matches and use their time productively. Even though some people may think that time on board is used for sleeping and watching films, various sports teams like hockey legends Bruin, use the time in the air to review their competitor’s games and study their strengths and weaknesses.

Another great example is EuroLeague – the majority of the teams use commercial flights as their mode of transport, yet the few clubs that do fly private jets tend to perform better. A team from Lithuania, Zalgiris Kaunas, used to spend a lot of extra time and energy travelling to matches in different parts of the world. To improve their performance, the team decided to change the way they travel and the results were shocking – Zalgiris won 18 games in the 2017-2018 EuroLeague season, compared to 7 games in the 2015-2016 season. This drastic change happened after Zalgiris signined a deal with KlasJet and started using their business class Boeing 737. This was the best performance by the Lithuanian team since the 1999 season, when Zalgiris dominated the European basketball.

“Since this year the EuroLeague expanded the field to 18 teams instead of 16 and will have more games than ever before, it is extremely important to take the proper rest before the matches. Basketball is like second religion in Lithuania and we try to do everything in our hands to make sure we give the best performance possible”, Zalgiris head coach, Sarunas Jasikevicius, shared. “Taking into account how hard the team trains and how tall basketball players are, comfort and extra time to strategize is a must. I believe that every detail in basketball counts and that flying with a private jet helps us to perform better”.

Comfort, extra time to rest, no lines at the airport and a stress-free journey – all makes a differene when it comes to athletes’ performance. Traveling with a private jet can be a smart investment that’s not only convenient, but also beneficial for the sports career.