From spare parts marketplace to leading aviation IT solutions provider – evolution of Locatory.com 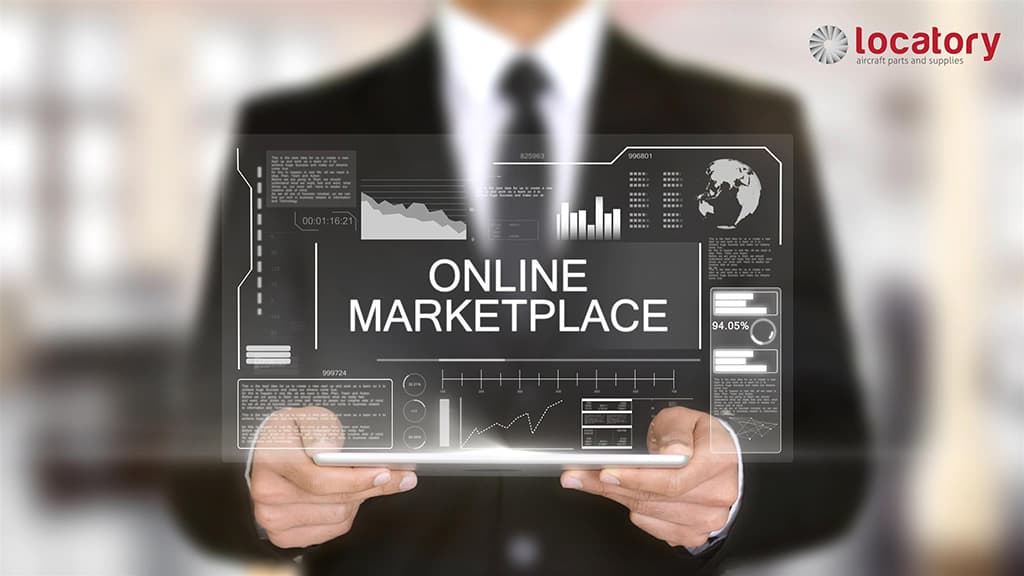 A good success story is a goal that every company tries to achieve. Being best at what they do is not exactly reachable for everyone. But for those who do, it takes many years of hard work and, in many cases, a lot of financial coverage. Especially for the companies working in aviation industry as it is huge, slow changing and extremely competitive. However, every rules has their own exceptions and Locatory.com could be called as one of them. Just 8 years ago the company was a start-up aviation spare parts marketplace that at the moment became a leading aviation IT solutions provider with billions of spare parts in its marketplace’s database. The company decided to widen the scope of its service in accordance to the new of the industry itself.

Small start with a big ambition

The story of Locatory.com begins in 2011 with a launch of its marketplace platform. Started small, everyone working in the company were looking for a way to put themselves in a front of a well known and established market players. “We knew that having a great and growing marketplace is important but it was basically impossible if we would just stick with the marketplace and database itself. We had to put be unique and push ourselves as much as we can. The marketplace had to have many various tools, helping the client with everything they need,” tells Dainius Meilunas, CEO at Locatory.com.

According to him, the biggest challenge was to find ways on how to build . “There were many various marketplaces and we had to be different. We had to be better or, at least, more approachable. That is why we did an extensive research on what our competitors are doing and especially – what is not being done,” added Mr. Meilunas. “We work with the best practitioners in Europe and we build our knowledge and expertise from other companies in Avia Solutions Group. Being a part of a group gives us an upper hand and deeper insights on the market. After the research, the company decided to create tools that would put us in front of innovations in our market. We wanted to automatize all the processes and save time for our clients and so SMT tool came in mind.”

In 2015, the company took the next step in expansion of specific tools list – and Artificial Intelligence the simplified the spare parts search to a basic level, giving the best results. It was Amber A.I. – a tool that automatically identifies and parses part numbers, quantities and conditions from sent emails and monitors Locatory.com database. The results would appear astonishingly fast –in less than 20 seconds. Amber A.I. Instantly reports on spare parts availability with the two-click distribution of RFQs to all suitable suppliers. Amber was accepted to the platform and, safe to say, to the whole industry with a high enthusiasm as it helped vendors, brokers and manufacturers to perform actions faster and get results in a matter of seconds.

From making tools to creating solutions

Adding tools to marketplace increased the visibility of Locatory.com in the market but was still not enough for the company and its leadership. “After we started implementing tools, we have received a lot of new clients which wanted to start working with us and through our marketplace. However, with that a new issue appeared. We suggested the services and tools but there was a need for other solutions. That’s where the whole team came together and suggested their ideas. Many of them, especially coming from our very qualified salespersons, where very good and so we began to implement them,” remembered Dainius Meilunas.

Later in 2016, the company started implementing custom IT solutions. One of the tailored made solutions for industry’s professionals was the IT support and the implementation processes of what any company needs. ERP systems for MROs, HR modules for employees monitoring, Procurement process optimizing tools, Locatory API, and many more. If there was a need, Locatory.com was there to help.

Later on, Locatory.com presented yet another impressive IT solution – Sensus MRO. This is the process management software tailored specifically for an MRO company. Module-based Sensus MRO with high enhances existing modules with new functionalities making processes more efficient. The implementation of Sensus MRO minimizes the risks related to a software change, and it is fast and cost-effective.

From closed to open

Working in aviation industry, being open to the general public is inevitable. As the company strives for innovations and new solutions for its present and future clients, the idea to implement new open ideas came in mind. Firstly, in 2017, Locatory.com presented its advertisement services. It integrated specific advertisement locations and banners in all the tools Locatory.com was using. Over 60K users visit the marketplace per month and so the client reaches the exact and very specific aviation industry’s professionals.

Next important step – Public catalogue. The company decided to give an opportunity to be visible not just for the registered users but also to everyone that enters the marketplace. From 2017, you did not have to be a registered user or a company in order to see what spare parts are available in the marketplace. This was a key decision, as the visibility of the page started growing and a lot more clients.

In the beginning of 2019, the company introduced yet another service – Locatory Distributor. “There are many small companies that have aviation parts stock but no staff to sell it. Or, there are big aviation companies that have spare parts stock and would like to increase their profit. Either way, Locatory.com comes in with a service that creates value to both and becomes like a bridge to different markets and between the seller and the buyer,” says Dainius Meilunas, CEO at Locatory.com.

Now, Locatory.com is on a high tide. The marketplace’s database has around 8,2 billion spare parts that every client can choose from. And the are many more projects in development. “In only 8 years we came this far and I am sure that our team will work as always to give everything for our success. We are constantly expanding our scope of activities, adding services and products to the open niches of the industry and we shall continue to do so. This is why our clients trust in us and chooses us – we always invest into innovations and give the best Customer support services. Everyone know that we will do anything to ease the life. Our new products and services will absolutely add to that,” finalizes Dainius Meilunas, CEO at Locatory.com