Myth or reality? Flight attendant shares thoughts on most prolific myths about the career 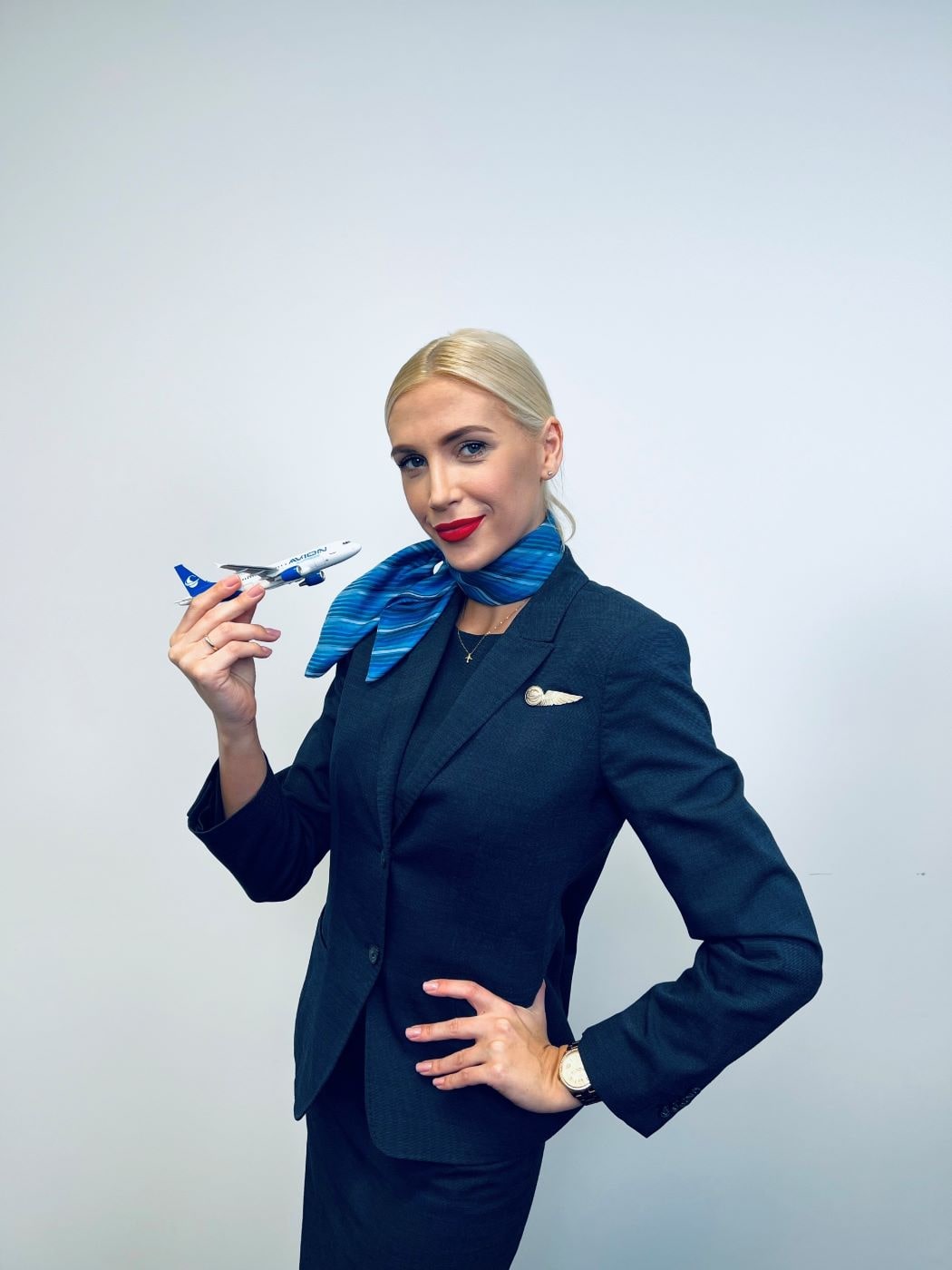 Myth No. 1: Being a cabin crew is like working as a waiter or a waitress only in the more exciting location – the skies!

“It all depends on the point of view I think,” says Jovita. “If we would follow the same logic, we could call pilots bus drivers of the sky. And yet we don’t. Thus, I believe we should focus on the most important parts of the flight crew’s responsibility and priority - safety and security. Anything else that comes after – sales onboard – is extra and absolutely optional. It doesn’t matter if it’s an hour flight, or a 3-hour flight – if there were any issues with an aircraft, passengers, or whatever unusual, the last thing cabin crew would be doing is selling you sandwiches.”

Myth No. 2: Flight attendants, especially women, have to match strict specific requirements regarding their looks, height and age.

“There are airlines that have super strict and really high requirements for their cabin crews,” she shares. “But I could say there are very few of them like that. The majority of the airlines want real people, not supermodels. Of course – there are requirements for hair length and colour, visible tattoos, piercings etc. After being hired there is a grooming manual to follow, but it doesn’t require much effort. For example – the allowed nail polish colours are nudes, red, a French manicure. Hair can be loose if they don’t reach shoulders, otherwise, it should be tightened in a bun or ponytail – depends on the length again,” Jovita explains.

“Same with the age - there are companies that are looking for people that are in their early twenties, but most of the companies don’t have an age limit. So, even if you are over 30 you are more than welcome to start your career in aviation as a cabin crew,” adds.

“Height depends on the aircraft that a specific company is operating. Some of them require taller people, others - shorter. Therefore, if you were too short for Airbus, there will always be Boeing, ATR and others!”

Myth No. 3: Being a cabin crew is a fun and easy job. You dress up, fly for a few hours and then you get to visit the most amazing locations, stay at 5-star hotels, lay on the beach and party hard. Quite a careless and relaxing lifestyle!

“Yes and no,” Jovita says. “We are the ones who decide how we want to live our lives. Yes, as a flight attendant you get a chance to be in the best locations, you have time to lie down at the beach, but it’s up to you to have a margarita in your hand or a book. The majority of us have bachelor’s, master’s degrees or are still studying. We have other jobs on the side; during the season when it’s very busy normally we fly around 12 days a month, so there’s plenty of time to have and enjoy life in a way we choose to. We have families, kids, dogs and cats, hobbies, and our home. We don’t live in a hotel 365 days a year.”

Myth No. 4: You can plan your trips and choose the length of layovers.

“Trips and layovers are planned by the planners, but – you get your roster in advance, which means if something doesn’t fit you, you can swap with a colleague, as well you can have specific days off if you wish but they should be requested in advance. Moreover, depends on the operations, but everyone is free to express their preferences for workload and destinations.”

Myth No. 5: Flight attendants can have their lunch and sleep on the plane during the flight.

“Yes, we can. Flight attendants not only have their lunch on board but breakfast and dinner too. Everyone is free to bring their own food, but it’s not necessary at all, because an airline takes care of that, and they make sure that there is enough food and drinks for every crew member on board,” Jovita shares.

“Sleeping is slightly different – companies that are operating long-haul flights have rest option for the crew because their flight time exceeds the hours that crew are allowed to legally fly.”

“There are people that come from “aviator” families. Sometimes it even happens that siblings are flying for the same airline and even same flights together. I cannot call it an advantage because it’s actually not. Yes, you might have a little more knowledge about crew life and how things in aviation work, but practically you have to pass every exam and test by yourself, you have to fit the requirements that the airline has, and family has nothing to do here anymore. They can just support and keep fingers crossed for your success.”

Myth No. 7: Flight attendants should know at least a few foreign languages.

“False. It’s a myth. Like in any other area of life, in aviation the more languages you know the better is it. It’s simply because you never know where you will end up. But the only mandatory language is English, and then depending on your base – it might be Spanish, Greek, German, or Lithuanian. Most probably crews consist of native speakers of the country that they are flying from, and they speak English as a second language.”

Myth No. 8: Flight attendants should be good swimmers and divers.

“You should know how to swim, but you don’t have to be an Olympic swimmer,” she says. “Normally during ‘swimming exam’ you should swim 50 meters in the pool without any support and drowning. The style you swim in is the least important thing, just do it – as Nike says. And then there are group exercises in water when you have to save someone’s life and etc. But there is no diving.”

Myth No. 9: You cannot be a cabin crew because you are afraid of heights.

“Most people mix up fear of heights and fear of flying. While in the aircraft you don’t feel the height at all, even you look through the window - it’s not the same as being on the top of a tall building. So, my advice is – first make sure which kind of fear you have, and don’t give up on your dreams too quickly,” Jovita Jasinskaite shares a tip with any possible future flight attendants.

Myth No. 10: Aviation is the best industry to work in.

“There’s a lot of beauty in the aviation industry. Do not let any myths or misconceptions stop you from starting your dream career. So, this myth is true. It is absolutely the best career. Well, at least for me,” says Jovita.