Manual versus Robotic – exploring the real cost of aircraft washing 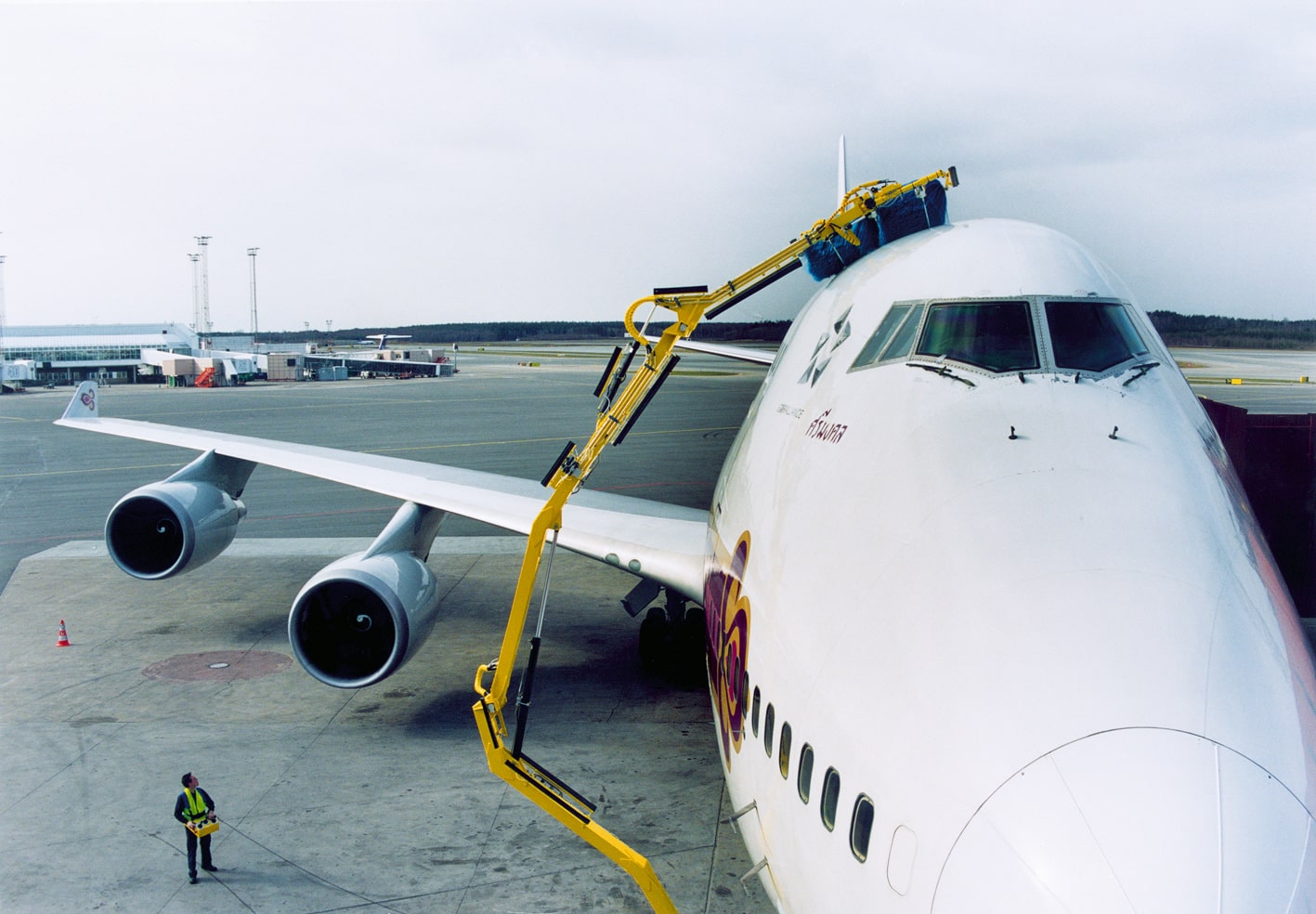 Before any commercial flight, you may have seen the captain perform a pre-flight inspection of the aircraft’s exterior. During this short walk-around, she or he will quickly scrutinise all of the aircraft’s visible components as a final check of airworthiness.

Particular attention will be paid to the aircraft’s fuselage, inspecting anything that may appear out of the ordinary – missing antennae, dents, scratches, loose bolts, missing rivets, or anything that may warrant remedial action. Any such defects could easily be overlooked on an aircraft covered in dirt, dust, or materials thrown up from landing and take-off. It is for this reason, and several others, that necessitates the need for aircraft operators to conduct regular and thorough washing of their fleet’s exteriors.

But what are the other main reasons, costs, and savings behind the need for a clean aircraft?

Jan Brunstedt, the CEO of Aviator Robotics AB, a family member of Avia Solutions Group and a pioneer in the field of robotic aircraft washing solutions, offers his expert advice on the subject.

Just like cars that are driven in different environments, some will tend to accumulate more dirt and grime than others – the same is true for aircraft. Their region of operation will equally determine their washing frequency. Aircraft operating in dusty, hot, and arid regions, along with those operating in colder climates will need extra attention paid to their washing regime. This extra washing will require extra labour and extra man-hours – either full time or on a rotatory basis – and extra labour means extra expense.

Using a robotic aircraft cleaner may seem like an expensive option, but the savings made on man-hours – which can mean a saving of up to two-thirds of the expense of labour costs – means the introduction of robotic washing technology will generally pay off in 3-5 years.

The greatest savings associated with a robotic washing system are in the reduction in downtime – AOG (aircraft on ground) situations. AOG situations are the constant nightmares of airline CEOs and CFOs, and any process, procedure, or technology that reduces downtime is a force to be welcomed with open arms.

According to Brunstedt, the safety of every aircraft is paramount and any element that may impair its safety needs to be eliminated immediately. One of those elements is the damage that may be caused by manual aircraft washing. Prolonged manual washing can lead to accidental damage to antennae, sensors, and other external equipment, and can be the cause of scratches to the fuselage’s paintwork, which in turn can lead to corrosion.

It’s also worth noting that many workers’ unions approve of the use of robotic washing systems as it dramatically reduces the risk of injuries to workers caused by manual washing. As manual washing is a highly intensive activity, workers engaged in the process often suffer from repetitive strain injuries to their arms, legs, and body joints – all of which may lead to lost man-hours and decreased productivity.

Additionally, the chemicals used in manual aircraft washing can be harmful to the environment due to the post-wash run-off of excessive liquid. Robotic washing can dramatically reduce the overuse of harmful chemicals while also saving money for the airline operator in the process.

When it comes to calculating the cost of a robotic aircraft washing solution like Nordic Dino, there is no one simple answer. According to the CEO of Aviator Robotics AB, “For every Nordic Dino enquiry received, we conduct a free customer analysis to ascertain their unique needs. Costs which may apply in one region may differ greatly in another region. Also,” says Brunstedt, “this applies to the savings that may be made and will need to be analysed on a one-to-one basis, a service that we are happy to provide free of charge to all prospective customers.

Depending on the airline’s fleet size, location, workforce and the analysis of other important metrics will all contribute to determining the eventual costs and savings. We openly encourage anyone interested in the introduction of a robotic aircraft washing system to contact us directly, from there, we can offer a bigger picture of the benefits of life after manual washing.”