The past, present and future of aircraft cleaning 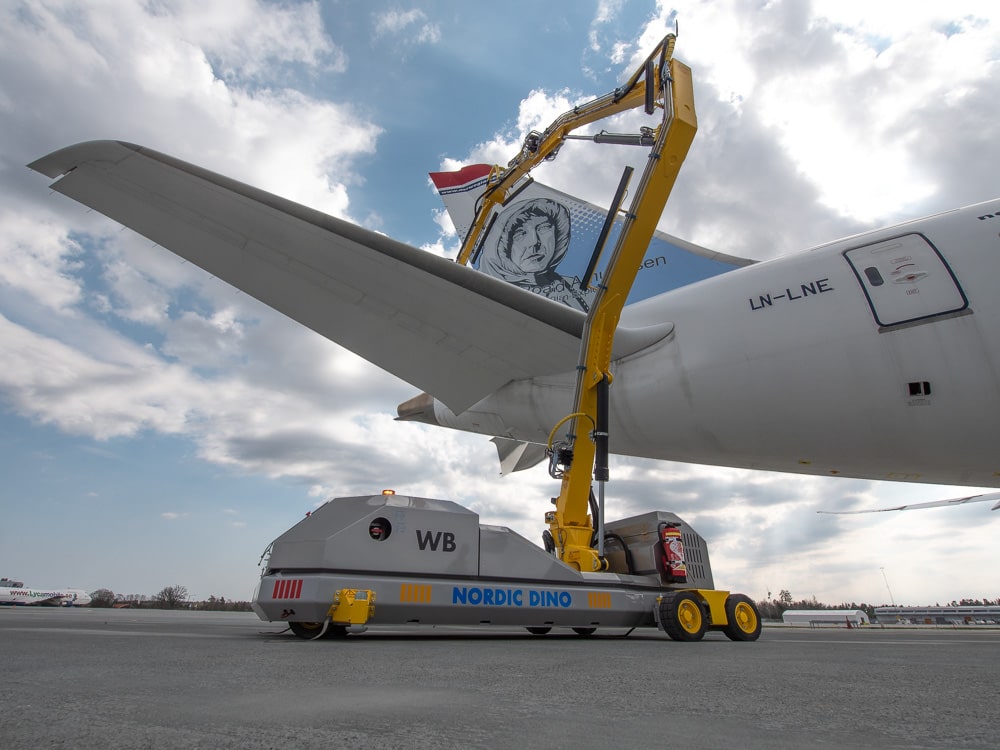 From the beginning of the interview Jan exclaims: “Over the years cleaning practices have changed significantly. Up until mid-2000s aircraft exteriors cleaned in hangars for the purpose of preserving image was the norm, but now having a quick wash of wings’ leading edges, stabilisers and aircraft’s nose at the gate is a more preferred option by the airlines. When I was developing Nordic Dino, the main idea was to perform cleanings of a whole fuselage in a hangar, whereas now we are searching for ways to have minimal environmental impact when washing at the gate.”

Jan Brunstedt explains that nowadays aircraft cleaning is far more sophisticated than it has ever been. For example, the Nordic Dino, which was released in 1981, has seen numerous upgrades over the years beginning with updates to the sensors, control and computer systems, and brush design to ensure more effective cleaning.

“We are not the only ones who have made progress in the aircraft exterior cleaning market. Other aircraft exterior cleaning companies have also advanced immensely to comply with environment protection regulations. Some airports have already installed separators in their sewage systems to prevent contaminated water from reaching lakes, rivers and other water sources, but the technology is expensive and most of the time unimaginable for smaller commuter or regional airports.

“I believe there is a lot that future is going to bring to this market. First of all, most, if not all, aircraft exterior cleaning will be performed by robots, and I have no doubt about that. Currently, a sizeable amount of aircraft cleaning robots are still powered by diesel engines, which will be replaced by batteries and electric motors. Such innovations will allow to perform aircraft exterior cleaning both outside and inside the hangar, increasing versatility and allowing companies to have more choice where to carry out their operations. Additionally, as more and more attention is given to fuel efficiency and eco-friendliness, the cleaning will become a priority rather than a side-job that has to be performed each month. Some of our clients already view cleaning as a way to save millions of dollars yearly per fleet. For me, the revolution in aircraft exterior cleaning will come not in the way of technology, but rather the view on the topic of clean and fuel-efficient aircraft,” – says the CEO of Aviator Robotics AB.