The summer of 2014 might have marked a new page in the development of the global passenger air travel market. Only a few global media sources have missed out on covering the Norwegian’s latest ambition – to launch low-cost transatlantic flights from London. A similar initiative is being also considered by the Chinese Spring Airlines, while Lufthansa is also being anticipated to announce its long-haul low-cost project in the nearest future. However, yet another attempt to introduce cheap long-haul routes faces a whole set of obstacles, including the HR-related ones.

In July 2014 the Norwegian airlines launched its flights from London Gatwick to three USA-based destinations with some tickets starting at 300 USD, or approx. half the price of those offered by “traditional” carriers. Moreover, the newly-launched routes are not the only long-haul destinations on the Scandinavian carrier’s map. The company is already operating flights from Norway and Sweden to Thailand and the U.S. East Coast.

In the meantime, the Shanghai-based carrier Spring Airlines has also recently announced its plans to launch long-haul routes, connecting Asia and Europe for as little as 100-200 USD per ticket. At the same time, Lufthansa plans to launch a long-haul low-coster already in the beginning of 2015. Allegedly, it will by carrying passengers from Germany to South Asian destinations. 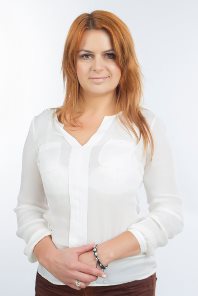 costs – these are the traditional factors which allow low-cost airlines to keep their ticket prices bottommost. However, lately the industry has been increasingly noticing that the distinction between traditional and low-cost business models is becoming less apparent,” comments Skaiste Knyzaite, the CEO of AviationCV.com.

For instance, according to KPMG, over the past several years the cost gap between traditional and low-cost airlines has fallen by an average of 30%, reducing from 3.6 to approx. 2.5 US cents per Available Seat Kilometre. Nevertheless, gaining the desired competitive edge on long-haul operations might prove to be a much bigger challenge for the carriers ambitious enough to try the new approach.

In addition, on average, aircraft ownership and maintenance account for 23-24% of all carriers’ expenses. Therefore, operating new aircraft models comes as one of the main factors allowing the development of a profitable low-cost model. New aircraft provide higher residual values (70% of the initial price in five years) and lower aircraft maintenance-related costs as they are usually covered by at least four-year long warranty maintenance with no major repair works required for the following several years. Unfortunately, both Boeing and Airbus are fully booked for years ahead, meaning that not all carriers which explore long-haul low-cost routes will be able to minimize some of their major expenses with newly-built aircraft.

Yet another factor is aircraft operation. In Europe most legacy carriers operate up to 300 block hours per month, whilst low cost airlines keep their aircraft in the air for 350-400 hours or even more during the summer season. The higher density allows maximizing profit generation from a single aircraft. However, when it comes to long-haul low-cost routes (e.g. London-Los Angeles), we are talking about 20-22 hours of a turn-around flight plus 2-3 hours on-ground time. This applies to both budget and legacy carriers.

So what allows low-cost carriers to offer cheaper tickets? Apart from more fuel-efficient aircraft, one should consider the seat number – approx. 240 in 3-class against up to 380 in 1-class Boeing 787-8. In addition, no interline/codeshare agreements allow a cheaper distribution network, while more flexible HR-management provides lower personnel-related expenses.

Sourcing both cockpit and cabin crews from the entire world is one of the main strategies implemented by low-cost carriers when seeking optimal HR-solutions subject to the price and experience of the personnel. But it is the demand for cheaper HR-solutions that has been recently raising more and more concerns within the pilot/steward community, particularly in Europe.

“European pilots shouldn’t be overly concerned about the risk. While in Europe the average market-wide salary rate maintains at 9-11 thousand USD/month, other regions, particularly Asia, are at the 11-15 thousand USD/month point due to a substantial shortage of skilled personnel. However, the same cannot be said of cabin crew which does present a viable opportunity for the carriers to optimize their HR-related costs, as in certain cases European stewards earn twice as much as their Asian colleagues,” shares the CEO of AviationCV.com. “In other words, it is essential to maintain constant monitoring of the job market and continuous communication with potential employees in separate countries and regions in order to be able to balance one’s HR costs. Therefore, as the long-haul low-cost project is concerned, it is yet too early to speculate about its potential success or failure.”